On October 27th, members of Trinity Catholic Parish Council (Nanaimo) along with Fr. Jozef Kobos, planted a golden Rhododendron in the church’s Memorial Garden, commemorating the 100th anniversary of the League. A blessing ceremony followed with 16 members participating and showing their appreciation for the gift of belonging to one of the League’s newest councils. 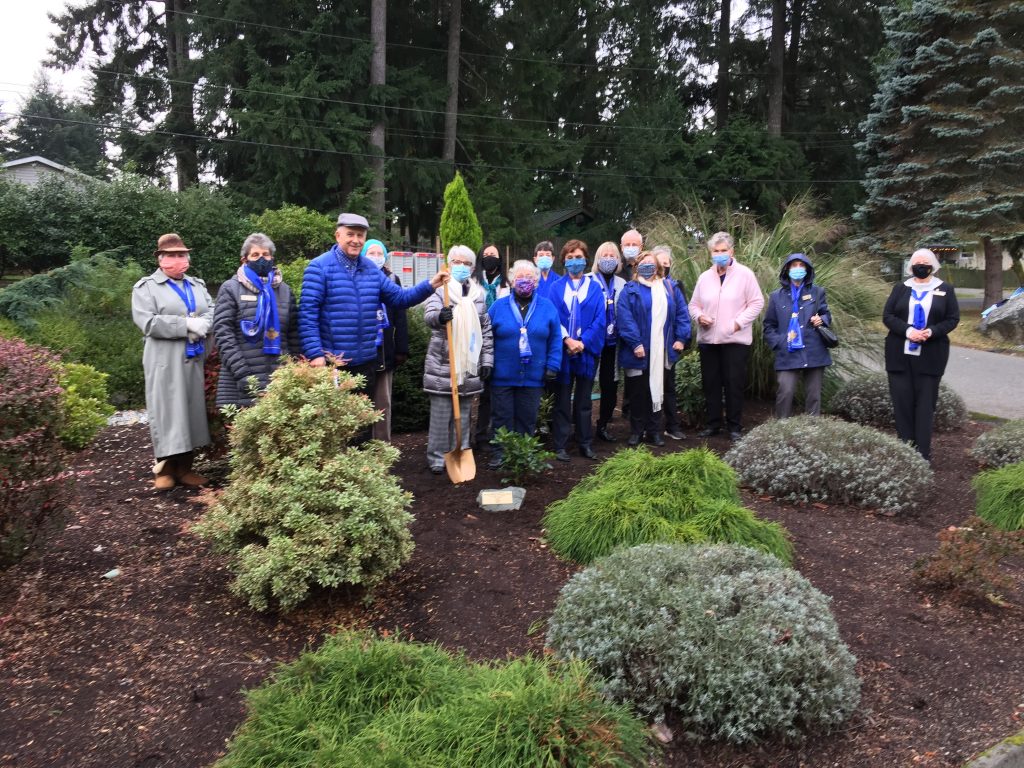